Fossils Inside Out: A Global Fusion of Science, Art and Culture (Hardcover) 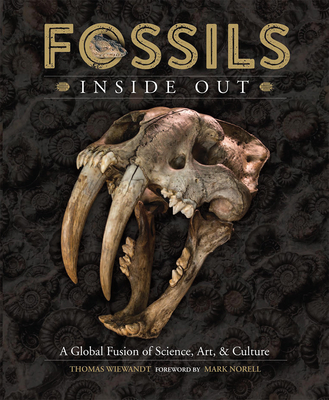 Fossils Inside Out brings fossils, paleoecology, and the fossil industry to life in a beautiful and easy-to-understand format suitable for young adults and older, scientists and non-scientists. This large format book is packed with information connecting the past, present, and future of life on Earth. It also reaches beyond the basics by covering historical perspectives on fossil collecting, laws that can confuse anyone, new imaging technologies, the art of fossil preparation, and how to spot a fake. Most of the imagery (90 percent) has been selected from the author's personal photographic archive, enhanced by some exceptional artwork from outside sources. Paleontologists, collectors, dealers, museums, and artists worldwide have generously helped to make this book possible.

Dealers to Dinosaurs: Evolution of the World's Greatest Fossil Show Fossils: Messengers From the Past Fossils Lost and Found Geological Time and Drifting Continents Collecting Fossils Gallery of Life Extinction Events Seeing the Unseen: Probing the Past With New Imaging Technologies Art of Fossil Preparation and Display.

Stemming from a passion for science and art (MS in Zoology, University of Arizona; PhD in Ecology and Evolutionary Biology, Cornell University), Thomas Wiewandt has forged a career in educational media production and owns Wild Horizons Publishing. He lives in Tucson, home of the world's largest Gem, Mineral, and Fossil Showcase. For 34 years, Tom has been photographing many of the finest fossils found in remote corners of the globe, the foundation for this book. His four films for National Geographic and the BBC earned him an Emmy Nomination in cinematography, four Cine Golden Eagles, and a Gold Apple Award; and his award-winning, independently produced film Desert Dreams: Celebrating Five Seasons in the Sonoran Desert has been aired on national Public Television as a pledge drive program (2015-2020). Tom is a member of the Author's Guild, the American Society of Media Photographers, the Independent Book Publishers Association, and the Species Survival Commission of the International Union for the Conservation of Nature. Mark Norell is Chairman, Division of Paleontology, American Museum of Natural History.